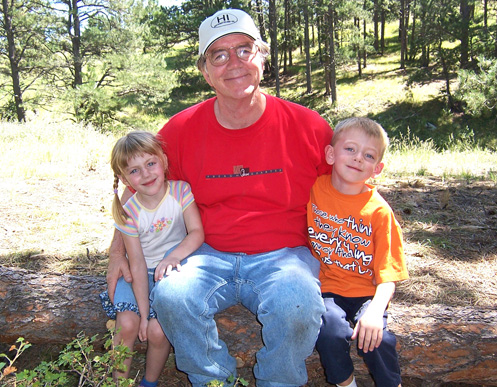 In my upcoming book Create a Great Deal, Rule number 1 is No Hostile Emotions.

One of the functions of a real estate agent is to be a shock absorber, to keep the emotions from your client from agitating the other side, or vice versa.

You also need to prevent any hostile feelings from poisoning the interaction.

When you are negotiating over a home, both the buyers and sellers are under stress.

The sellers are giving up what has been the center of their world, and the buyers are trying to establish a new place that will reflect their status, values and ego. The amount of money to be gained or lost is huge compared to what they normally deal with. Then, it is difficult to get an accurate value for any house, so they are dealing with a seller who thinks it is worth too much and a buyer who thinks it is worth too little. Put this against a background where each side fears “being taken,” and you get lots of emotion.

At some stage, the personalities of the parties may not mesh and the contentions will create a charged atmosphere. You need to have grace under pressure. One way to maintain that grace is to convince yourself that if you let the others make you angry, they conquer you by eliminating your ability to control the situation. Do not give them that victory.

I have a strong Irish temper, so it is hard for me not to describe what a “south end of a north bound horse” the other party is being. If you allow yourself to say something obnoxious, your riled-up client will then react by trying to beat the other side instead of trying to put the sale together. When anger takes over, the counterparts stop focusing on logic and rational self-interest to focus instead on how to harm the other party.

Focus on the primary concept that you cannot control the other parties behavior, but you can control your reaction to it. Instead of thinking that your counterpart is difficult, realize your contribution to the difficulty and deal with your own behavior. If you change from being an adversary to being a partner, the cooperation will allow you to collaborate on a better result.

This idea is particularly critical at the beginning of negotiations. What you say at first sets the tone for how things are going to proceed. If you start out arguing, your counterpart will figure that there is no chance for a Collaborative (Win-win) negotiation, and move on to a Win-Lose mode. So, don’t argue, persuade.

Ron Shapiro and Mark Jankowski emphasize the importance of this concept in Bullies, Tyrants and Impossible People, that follows their Power of Nice. The N in Nice stands for neutralize emotions, which I believe to be the most important part of the process, and why it is first. To avoid a hostile reaction, they counsel you to rivet your focus on the issues, so that you will act smartly, instead of react viscerally. You can also develop certain physiological changes, such as Mr. Jankowski’s technique of putting a finger across his lips when confronted to remind him to be quiet while he controls his emotions and thinks before he responds. Take a few deep breaths, change the pace of your speech, talk in a lower tone are all good techniques to de-escalate the emotions.

You have to keep hostilities out of the process not only during initial negotiations, but all the way through the closing. If you let the emotions flair, negotiations that started as Win-win change to Win-Lose, where one side wants to dominate the other. The result is normally a disaster, as even if you get the beginning of the sale together, the remaining stages will be done in the same Win-Lose atmosphere, so the repair negotiations and discussions of any other issues are much more likely to make the sale fall apart. Revenge does nothing good, even though it is so tempting.

I had a sale in Raleigh where the inexperienced agent thought her obligation was to be contentious and to battle every issue. It is prudent to examine every issue, but you do not need to create a battle, as we can disagree without being disagreeable.

On her advice, her sellers refused to do most of the repairs requested by the client of my Team. All of the repairs were typical items, clearly proper to be done under the contract. At first, she tried to say that the sellers could not afford to do them, but we checked with the closing attorney and found that the sellers were making a profit and would get a check for more than $50,000 on the sale of the house. She battled every little issue, just so she could show her clients a victory on items that would save them small amounts of money. These communications were frequently done in writing, so we had to forward them to our clients instead of being able to relay a non-emotional message involving just the issues.

The buyers nearly walked away. The sale was delayed. The buyers did not accept the home in its condition at the walk through before closing because they had been treated so poorly. They would have let the problems go if they were treated well. After the closing, the agent for the buyers was talking to her clients in the parking lot, saying she was so glad she was able to “win this dog fight” for them. After she left, I was able to hear her clients talking as they did not recognize me because my buyer’s agent handled the sale for our buyer. The selling wife said to her husband, “How stupid does she think we are? She made this a miserable experience, we fell for her recommendation to try to save a couple of dollars and it cost us hundreds, not to mention the heartache. Who knows who won this dog fight, but I certainly got bit more than I wanted”. The clients are not looking for a dogfight, they are looking to work with everyone else and get the sale closed gracefully.

Concentrate on the sale and the issues in the sale. Then, try to deal pleasantly with the personalities involved. The personalities are a temporary problem, while buying or selling the house is the long term result.

This rule has nothing to do with using positive emotions to encourage a sale. Homes are bought on emotion. Women have more influence in the buying decision, so concentrate more on their feelings. Play to the emotion that causes a bond to the home. In the rule we are discussing, we are talking about hostile emotions. In this paragraph we are distinguishing emotions like affection and family happiness. Encourage this affection because it will help the negotiations. I gave a letter to a buyer’s agent with my counter offer to sell a property I owned, commending the buyer for some of the work their family had done for the community, as he was in politics. In response to my letter, I received a letter with a counter offer from the buyer saying how she had driven by the house I was selling for about a year, hoping it could be hers. When it was vacant, she and her son would go into the back yard and played catch, after peeking in the windows hoping to it could be theirs. We used the fact that they would go into the yard and peek in the windows hoping to get this house with every counter offer we made.

There are 14 rules to guide your negotiating in my upcoming book Create a Great Deal, that you can pre-order now.

If you want to develop your negotiating skill, you can discuss these rules in detail as a part of the Real Estate Negotiating Institute. Thank you for your interest in real estate negotiating.